2002- 2004 the Nebraska Caregiver Coalition began as a separate entity. The original NE Caregiver Coalition research project was initiated through a grant funded by AoA and AARP. A number of organizations/people became a part of this effort to research caregiver issues of financing, decision-making, stress, need for education and, of course, respite.

2005 – This Coalition brought in Dr. William Thomas and held a town hall meeting titled “And Thou Shalt Honor” bringing caregivers, Coalition members and professionals from across the State together in Kearney in March, 2005, taping the session for further research. Similar town hall meetings were held at seven other sites around the State, although on a smaller scale/not taped. I headed the committee that held the town hall meeting in Lincoln.

2008-2013 – The Respite Coalition continued to celebrate caregivers and held several retreats for caregivers but membership dwindled to a few. The then Caregiver Coalition had disbanded. I approached Connie Benjamin, AARP, and learned that caregivers are one of the prime areas of focus at the national level so the Nebraska AARP became involved. A strategic planning meeting to revitalize/reorganize and merge the two coalitions was held November 6, 2013. Connie facilitated this meeting.

2014 – We decided to reconstitute as the Nebraska Caregiver Coalition. We continue to focus on respite care service but believe it makes sense to have the Coalition focus on all the needs and interests of caregivers. Our goal is to develop and implement a statewide caregiver awareness program for State Senators, plan and implement statewide grassroots engagement and identify resources and partnerships to develop and held coordinate Nebraska Caregiver Coalition activities. 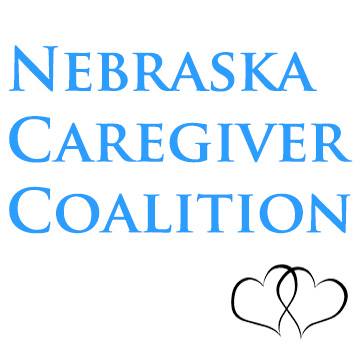